The shadows, they are moving, and they seem… animated. It is as though they have a will of their own. Whatever this trickery is, perhaps you can use it to your advantage. Let’s see what the demons say when you fight side by side with your own shadow!

Shadows of the Past: Activating a Shrine/Pylon will spawn in a shadow clone of your class. This clone will randomly have 1 out of 3 predetermined builds. This clone's power will scale with your character and will last for 1 minute or if your character dies. See below for the shadow clone variations that can spawn when activating.

Developer's Note: We appreciate and gathered feedback regarding the initial list of skills from the clones. We have decided to remove all hard crowd control effects from all kits and balanced each of the build variants to not have a potential buff that is more beneficial than the other 2 in the same class.

Developer's Note: Adjusted Seasonal Theme's Shadow Clone damage numbers and they can now move unhindered through enemies. Damage numbers should now be more even across all classes

Rewards: Two unique new rewards, a portrait frame, and a pet will be granted to players who complete the Season 22 Guardian Journey.

Kanai’s Cube: Additionally, the Kanai’s Cube will have a fourth slot this season. This fourth slot will have the choices of the first 3 slots but will not stack with any of them. The intent is to provide players with creative flexibility to their character builds.

Developer's Note: This build wasn't clearing T16 as fast as we want, so we wanted to give it more juice in an interesting way 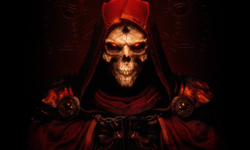